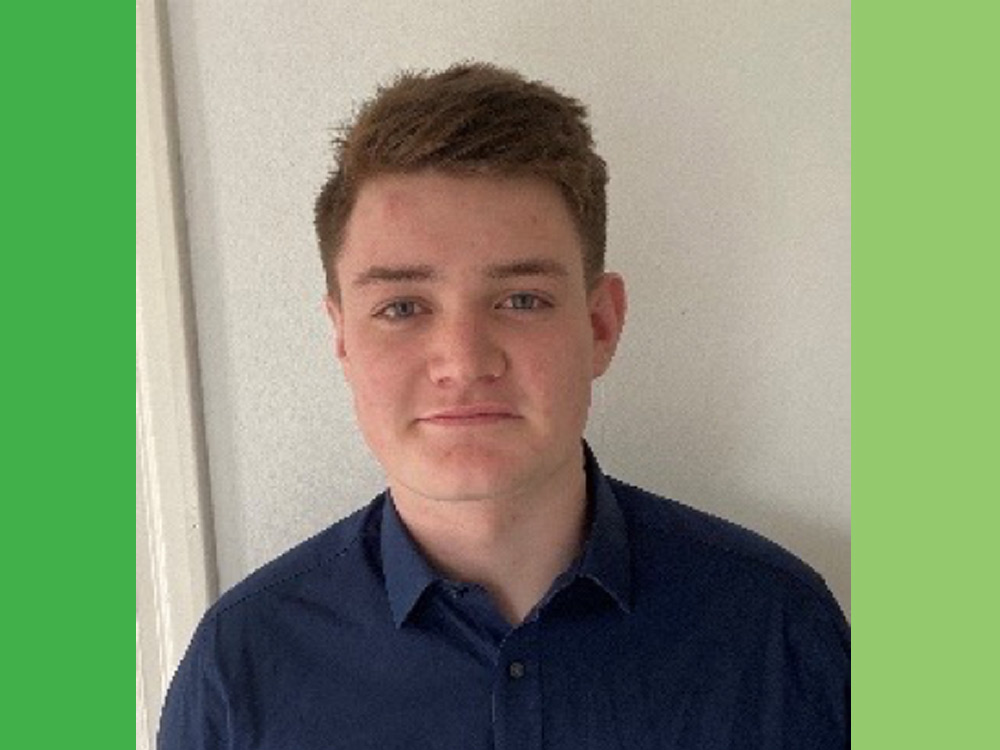 Cameron joined NCB after a rigorous interview process and is now moving to a full-time position at Ilkley-based Fintech company incuto, which is a partner to NCB. Cameron is still based in the NE and was super delighted to be passing on the mantle to another fortunate apprenticeship.  NCB has now successfully found the deserving next apprentice who will have the chance to gain valuable experience and a recognised qualification in Customer Service Level 2.

During Cameron’s time in the team, he progressed to the role of Finance Systems Lead, gaining experience that would enable him to secure his new role at incuto as a Customer Success Associate.

Cameron commented: “I wasn’t sure what I wanted to do when I left school, but having the chance to work within an experienced team, get a qualification and get paid at the same time was fantastic. I learnt so much through the apprenticeship; working within a small team means you play an important role. As well as gaining knowledge about banking technology, I learnt a lot about the credit union and community banking sector which has been vital to my next career move.”

Was founded on the basis that everyone deserves access to affordable finance.  Incuto is an innovative banking platform for Credit Unions, Community Banks and CDFIs. It allows these banks to better serve their communities by updating legacy technology, enhancing the end user experience and improving access to customers.

Any cookies that may not be particularly necessary for the website to function and is used specifically to collect user personal data via analytics, ads, other embedded contents are termed as non-necessary cookies. It is mandatory to procure user consent prior to running these cookies on your website.